People who suffer from a severe injury will experience long term complex problems. Their ability to live independently will diminish while their personality and relationships can be affected. An uncertain and challenging future lies ahead for the survivors of a major brain injury. 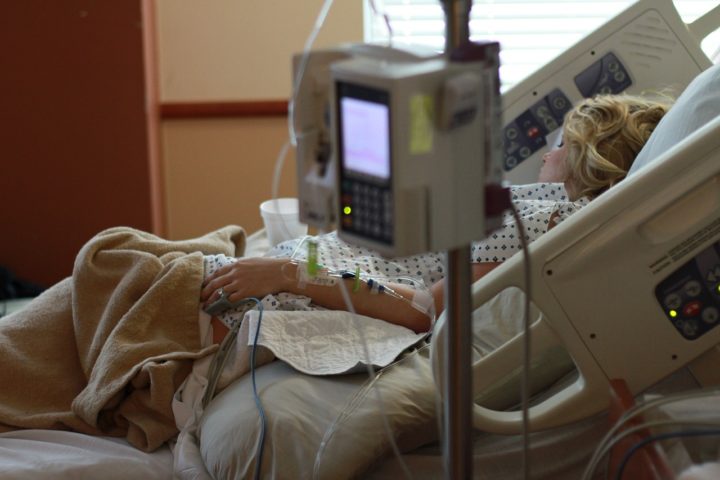 A brain injury can affect the victim in many ways, depending on the severity of the TBI.

A minor brain injury can cause discomfort for many months but the long term effects of a severe head injury are more noticeable. People who suffer from a severe injury will experience long term complex problems. Their ability to live independently will diminish while their personality and relationships can be affected. An uncertain and challenging future lies ahead for the survivors of a major brain injury.

If you or someone you have experienced head trauma or injury, here are some effects to watch for.

Be aware of the following possible physical changes in a person after a traumatic head injury:

Headaches are the most common symptoms after an injury to the brain. A tension headache is usually caused by the microscopic damage to the nerves in the brain.

There is dizziness and difficulty in balancing. This happens when the brain stem is damaged or when the inner ear is injured.

Seizures and epilepsy are a result of temporary issues in the electric function of the brain due to the injury. However, seizures disappear after a period of time with medication.

A traumatic brain injury can cause loss of the sense of smell and taste. This may be due to the damage of the olfactory nerve by the bony projections of the skull.

Double vision and other eye related problems can occur based on what brain part has been affected. Other visual problems include sector losses, rapid eye movement and near-nearsightedness. However, vision issues can be corrected through different compensatory strategies.

Hearing problems is observed after a mechanical or neurological injury. Common problems of the ear due to a brain injury are tinnitus, sensitivity to sound, auditory agnoxia and Meniere’s syndrome.

A sleeping disorder may also manifest. Trouble sleeping at night is common. Feeling drowsy during daytime comes with brain injury.

A traumatic brain injury can also cause poor coordination, weakness of one side of the body and difficulty in walking. The patient’s perception of where his or her body parts are is disrupted. The brain loses its ability to identify where the limbs are.

A decrease in sexual drive may also be experienced. The inability to orgasm can happen. There may also be pain and discomfort during sex. A sexually inappropriate behavior may also occur.

You can observe some differences in how a patient thinks, remembers things and learn. This is the effects of the injury on the various mental abilities in different parts of the brain.

Problems in memory can occur. Short term and working memories are usually evident. Remembering names of loved ones or relatives is a common memory problem. Things that have been recently said to them or recently learned are also forgotten.

An information overload can also be experienced as a result of memory loss. This condition can result into anger and frustration.

Language loss is another cognitive effect of head injury. The individual will have difficulty in using the right words to say or write. He may not be able to express himself. It we important for the listener to have patience in understanding what is being said.

Perceptual and visual skills may also be impaired. Recognizing certain objects such as human faces can be a problem. The patient can get lost around a certain area such as the park or within a building.

There may also be trouble in making sense out of simple pictures and shapes. A visual neglect can occur. This is the inability of the sufferer from recognising one side of scenery. He may attend only to one side of the area he faces. As an example, he eats only the food on one side of the plate or shaves only one side of his face.

Another problem in visual perception is the inability of the patient to know the right time or calculate the right moment when to cross a street. This cognitive effect is very risky because the person will be prone to accidents.

Insight and empathy are also affected because the patient’s ability to reflect on his actions and own thoughts is diminished. An injury to the frontal lobe is typically the reason for this change.

An inappropriate or aggressive behavior is very common to the brain injury survivor, which causes problems as well to family members and friends.

Damage to the part of a brain which controls behavior and emotions can cause emotional swings. A sudden emotional outburst has no trigger point. It may happen very quickly but can fade away as fast as it happens.

A drastic change in behavior such as being happy in one moment, sad in the succeeding minutes before transforming into an angry individual may be experienced once in a while.

In some cases, the individual may suddenly cry or laugh. He or she cries without being sad or laughs without any reason at all. Sometimes their expresssions do not match a certain situation such as laughing while watching a sad movie. The person has zero control on these expressions of emotion.

These emotional outbursts may be alarming but may happen only within a few months after the injury. There will be a time when the person returns to his or her normal self while the injury heals.

The family of the traumatized individual can attend a counseling session to cope with these emotional experiences. A family member or carer must remain calm when these mood swings happen and must not react emotionally.

If you are caring for someone with brain injury, it is also important for the patient to seek either a psychologist or a physician and get treatment. There are many medications which can stabilize and greatly improve the mood of the patient.